At 4am on the 2nd July 2015, I left my school with a group of students and teachers to begin a long journey to take part in ‘World Challenge’.

We travelled a 10-hour flight from Heathrow to Texas, and then another three-hour flight to Managua, which is the capital of Nicaragua. Landing late at night, we split into our two groups and went in opposite directions. My group got on a minibus which drove us to Léon and after about an hour and a half, we arrived at our first hostel.

Waking up the next day, we met with the in-country agent and two members of staff from the school where we would be completing our project phase. They told us information about what we would be doing for the following days as well as accompanying us to the shops where we bought supplies.

When we arrived at the school, we were overwhelmed by the welcome that we received. Young children, parents and teachers clapped as we walked through the gates, a group of students performed traditional dances for us on a stage and the headmaster gave us a collection of fresh fruits.

After the excitement of the welcoming ceremony, it was time to get down to work. During our time there, we painted concrete pillars and window railings, sanded and varnished doors and varnished bricks. We also painted tyres, which we then used as plant pots. It was refreshing to see how much difference these little jobs meant to the community.

After we had finished our project phase, it was time to do start our trekking. The first volcano we climbed definitely felt like the steepest and served as a challenge, especially on the way down. The second volcano, Rota, had the best rural scenery as we walked past trees, cattle and a natural spring. At the top, we were greeted with fresh mangos, fruit juice and local coffee.

The third volcano, Cerro Negro, was the complete opposite of the previous two. It was active and covered in black sand. As we approached it, the burning heat and the soft sand gave a desert-like illusion. Once we climbed to the top, we were given wooden boards and we then participated in volcano boarding which is similar to sledging, apart from replacing the freezing cold with a burning heat and the white snow with black sand.

We woke up at 3am to climb our final volcano, El Hoyo, in order to watch the sunrise. We were tired and the wind had made us slightly colder than we were used to, but the views and the once in a lifetime experience made us thankful for the opportunity.

We used the final days to complete rest and relaxation, as well as some final exploring of the new country that we were in. We went to the beach, the lagoon, on a boat tour and shopping in the town of Granada. We also went on another trek in a cloud forest, which was on the top of another volcano.

World Challenge was such a good experience and I would definitely recommend it to anybody who has the same opportunity. I’m so glad that I got to go to Nicaragua as I had never visited South America before and it had such an amazing culture. It is definitely not somewhere that I would choose to visit again as I think there are so many other places in the area that I would also love to explore. However, I am glad that I got this particular experience there as it is somewhere I had never heard of before and was so interesting.

One thought on “Nicaragua”

This site uses Akismet to reduce spam. Learn how your comment data is processed. 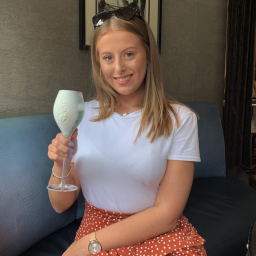 too pretty for prison x
cheers to getting a first and turning 22 on the same day 🥂
🤍👼🏼🤍👼🏼
happy place happy place
Oxfordshire
Loading Comments...
%d bloggers like this: